2018 – Anything That Wasn’t Four White Guys With Guitars

Back in May, at The Great Escape, a journalist confirmed that her plan for the weekend was to discover “anything that isn’t four white guys with guitars”, sort of summing up the general attitude towards guitar bands this year.

My kids listen to current pop stuff, as most kids do. They’re also into rock music. Mainly 90s grunge, punk and nu metal. They’re not into new guitar bands, as is the case with their mates, whose tastes I find out about when they visit our house.

This year, they’ve all discovered Queen. In 2018, the biggest musical revelation to me, too, was just what a great, innovative, original and amazing act they were.

One of the few popular guitar bands of the moment is named after the year Queen released their smash hit single Bohemian Rhapsody. I’ve no doubt that kids will still be singing popular tunes 40 odd years from now, unless global warming makes the excrement hit the air-conditioning in a bad, bad way, but my hunch is that they won’t be making further inquiries into online relationships.

But I wouldn’t be surprised if they were still going scaramouch, scaramouch… 😉

Wouldn’t It Be Good To Be In Your Shoes?

At a music conference in Europe in August I had the opportunity to speak with and learn from artists from peripheral European markets. In the UK we have a huge music industry to cater for artists’ needs. In smaller, more remote markets there is very little except a laptop and the internet, as was the case, literally, for a band from Transylvania.

It’s hard to feel much empathy when a Londoner complains about the lack of opportunity. Opportunities are literally down the road. For someone from the Midlands they are, at most, a bus ride away.

The Music Business Is For Rich Kids

There’s been a lot of media talk this year about how the arts, in general, are becoming the playground of the well to do.

Life in the UK, however, is relatively easy for most people. It might deteriorate in late March next year, but that’s another blog entry altogether. The comforting truth is that if the members of a four piece band were to put aside £25 a week each, they’d have the money for all their basic start up needs. In practical terms, that’s one less bender a week. Three hours more on minimum wage. You really don’t need to be rich. End of discussion, apart from the one about priorities.

For other people, the question is not so much how great we think our music is, but how much they like it. Our success depends on it, in fact.

Back in the Neanderthal Era when I cut my teeth, rejection came in the form of a typewritten letter from a label. It hurt but at least it wasn’t public. They just didn’t like our songs. Our only option was to write better ones. There was nowhere to make an announcement, it left us with no pressure to create artwork or promote.

When Is it Good Enough?

When we wrote something good enough, a label jumped at it and provided a&r expertise, producers, studios etc. to turn it into competitive product. The pipeline that made a record ripe for public consumption involved a lot of other people and their respective skills and talent.

Is All That Corporate Stuff Needed Anymore?

Modern technology offers great opportunities for self-expression. If no one in the business likes your song, you can still release it on your own.

Every half-finished, badly recorded idea can be released, all in the name of being free of The Man. Equally, the world has no duty to be interested.

There’s quite a jump from self-expression to making a living from your art. Those who make the jump will, without fail, have gained from the critique, advice and input of professional people whose involvement was essential to filtering the good ideas from the bad, to making things commercially competitive so that other people like the music.

The hunt for constant doses of gratification and validation creates a hellish cycle of pretence versus stark reality on social media. Everyone lies and exaggerates the truth online, but the lies of other artists can also make one think that maybe, just maybe, it really is happening for them. When everyone follows everything… doubts and fears multiply.

In my view, it’s one of the biggest contributors to stress and mental health issues among musicians.

What To Do To Stay Sane?

My suggestion is to find a hobby. Seriously, a good hobby will energise and motivate, provide another perspective to life. It gets your mind off all the rubbish.

The “rubbish”, of course, is anything music related that isn’t total focus on the music itself.

To create anything interesting and new in art one must be prepared to dither and waste time, faff around and experiment, discard and discover. Artists who look for productivity solutions to what are essentially creative problems are in for a long and fruitless wait. Promotion and exposure only draws more attention to what they don’t have.

Career changing songs are hard to come by. The best, most worthwhile investment you can make into your career in 2019 is to spend it on writing innovative, edgy and amazing songs. Get off social media, turn your mobile device off and start writing. Don’t wait for Xmas. Do it without delay. 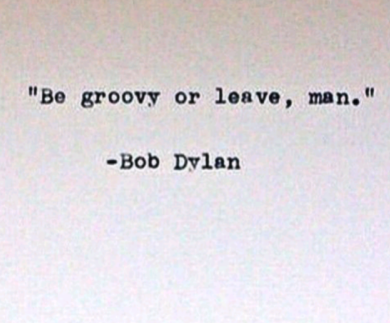 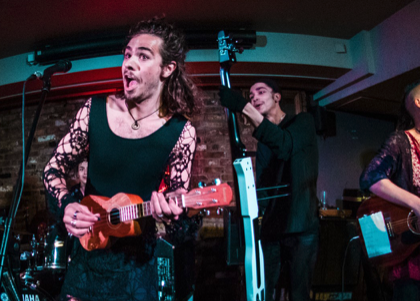